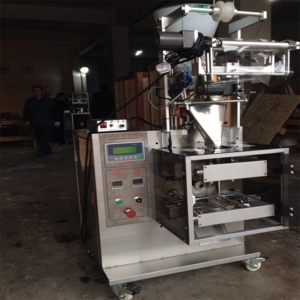 In addition to the basic functions of general machinery, the new type of baler has beautiful appearance, compact transmission device, smooth operation, high precision and high production efficiency. It can not only fulfill its own functions well, but also adapt to the market demand. Such a new type of packer will be very precious when used, so how to repair and maintain this valuable object?

In terms of maintenance, the dirt in the packing machine should be cleaned every week, the cleaning lubrication between the skateboard and the middle knife and the front top knife should be done once a month, the oil in the reducer wheel box should be supplemented every two years, and the back-belt rollers, slippers and all the surrounding belts should not be oiled, so as not to add too much oil each time, so as to avoid the failure of the micro-switch due to oil immersion.

2. The bonding effect of baler is not good, which is caused by abnormal power supply voltage, inappropriate adjustment of temperature control knob, failure of electric heating weird hand spring, rupture of middle knife bearing and other reasons. When the power supply voltage is abnormal, the voltage of 220V is often insufficient in many factories. If the long cable is used again, the temperature of the soup head will be lowered, even the motor will be burned when it is tightened. In the electric control box of the packer, if the top of the circuit board is opened, the adjusting knob can be clearly seen and the temperature will be rotated clockwise. The degree of adjustment increases, conversely decreases, the temperature is too high or too low, the bonding effect is not good, so do not adjust too much at a time, generally between the scale line 4-5; the springs on the hands of electric heat monster will be long-drawn fatigue, so that the hot head can not be sent between the upper and lower layers of packing belt, resulting in half or even less bonding; the middle knife bearing rupture will lead to unable to top, compact the packing belt to make. Adhesion.

3. Usually, the balance position of the horizontal bar is not adjusted properly, the clearance of the pulley is large, the belt pulley and friction disc are loose, the transmission belt is loose, the suction of the electromagnetic clutch is not enough, the loose connection shaft of the upper and lower extension or the installation inclination of the lower extension will cause the small binding force, which will be repaired according to different circumstances.